Every year, Weber Shandwick’s signature No Boundaries program provides a select group of Weber Shandwick Seattle employees with $1,000 and 5 days off to pursue a personally and professionally enriching passion. This series will detail the experiences of this past year’s three winners. This week, we talk with account executive Mariko Helm.

When they announced the program, I already had a good idea of what I wanted to do. I had received my Open Water Diver certification a few years ago, and was itching to get back into my wetsuit. After some research on what options were feasible, I came across shipwreck diving. More specifically, shipwreck diving in the Outer Banks of North Carolina, fondly known among divers as the “Graveyard of the Atlantic.”

Somehow, it happened. Before I knew it, I was studying for my Advanced Open Water and Nitrox certification courses and flying out toward the humid, hotter southern climate where I would spend 4 days immersed in exams and water.

Many folks are surprised to hear that certification courses require studying and exams — not to mention that you have to do math (which is only truly enjoyable when solving problems like this).

But when you consider the risks that are involved in diving, it’s not that surprising. The factors you have to take into consideration — from ensuring your gear is properly assembled and appropriate to your stature to the number of minutes you need to spend in a decompression stop — are all critical to know. Instructors will fill you with fear about “the bends” and nitrogen narcosis until they know you can handle the pressure (literally and figuratively).

Diver certification courses don’t just cover the safety facts — you have to also be competent in dive planning, which is where the math comes into play. They ask you to calculate your oxygen exposure for hypothetical situations, to ensure you know how to use your dive tables correctly. Some examples:

When planning multiple dives a day, you have to be sure you don’t exceed your oxygen exposure limit. Otherwise, your fun day may be spent in a decompression chamber — or worse. 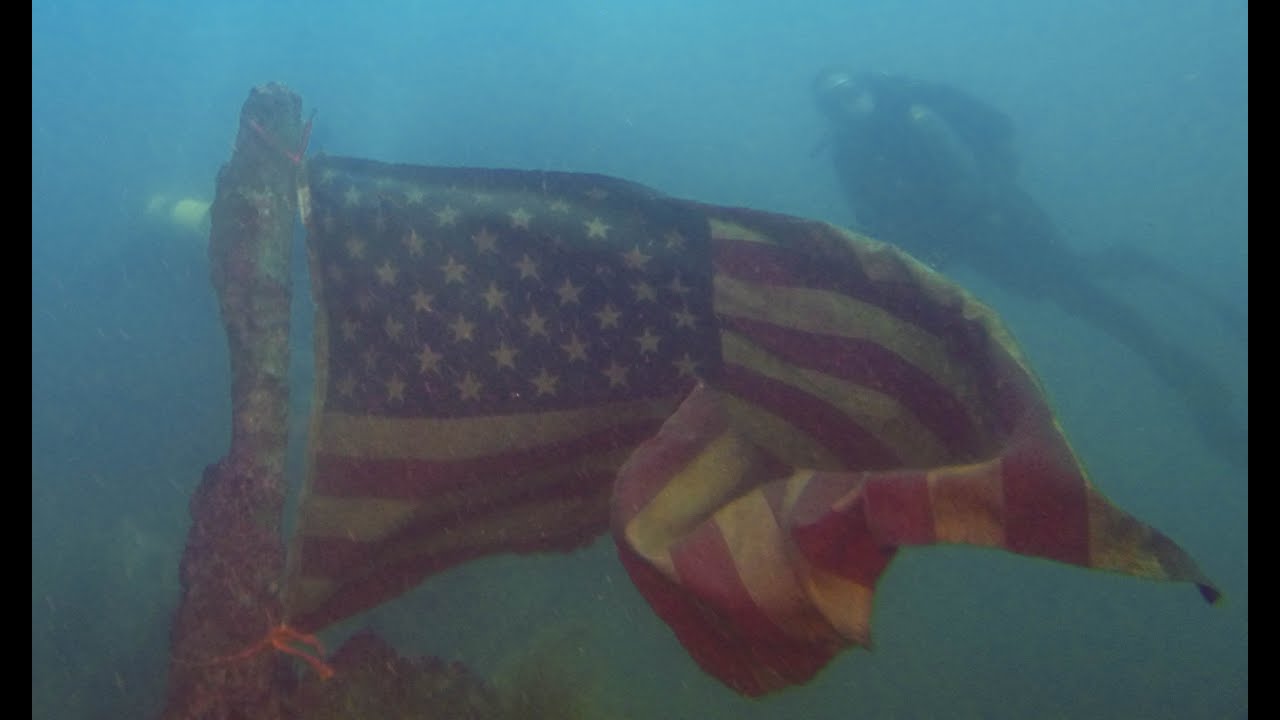 The Caribsea was our deepest wreck dive. Sitting in 90 feet of water, the 206-foot WWII freighter had transported materials along the East Coast. Having no arms onboard at the time of attack, it was torpedoed down in 1942 along with 22 members of its crew.

With our new nitrox tanks, our class descended after our instructor and immediately encountered about forty sand tiger sharks hovering at 60 feet, their movements lethargic.

We dove deeper and the wreckage floated into view. It was both thrilling and slightly chilling — not unlike an underwater grave. The marine life was incredible: baitfish, spadefish, amberjacks, cobia, stingray, and Spanish mackerel all swirled by us like a scene from The Little Mermaid.

After clambering back onto the boat, we learned that someone had spotted a manta ray, an unusual visitor to these parts. After an hour and a half surface interval — lengthy for dive planning and safety purposes — our group descended again, this time on a mission to get a glimpse of this creature.

This second dive was arguably my favorite to date. I was immediately engulfed by a baitball of silvery-pink baitfish. Distracted, I almost didn’t notice the massive manta ray, its fin almost grazing my shoulder as it glided just above me. Its movements were so graceful it could have been flying. I was so mesmerized by it all that I almost sat on a flounder — definitely one of my finer moments!

We took off on another full-day charter for a couple in-shore dives. On our way out to the first wreck, we were tailed by a group of spotted dolphins who played around in our wake.

The Indra was a 328-foot landing craft repair ship, sunk in 60 feet of water as an artificial reef in 1992.

The marine life was slightly different, with a slumbering sea turtle, purple nudibranch, and octopus. The wreck was less intact than the Caribsea, but the structure itself was still fascinating. We swam through one of the hallways, with the beams exposed, keeping an eye out for anything that might ensnare us (living or structural).

We regrouped onboard, and decided to check out another wreck site close by for a change of scenery.

Titan was an adorable 110-foot tugboat sunken in 60 feet of water after almost a century of service at sea.

In addition to fierce-looking barracudas, we saw an octopus and a school of Atlantic spadefish, each the size of my head. We explored the upper deck and swam through the bridge. There were some pipe sections strewn along the seabed, so we ventured momentarily away from the wreck to examine a few of them.

Since a portion of our studies also include skills assessments, our instructor used these in-shore dives to do have us practice underwater, including tying bowline, sheet bend and two half-hitch knots, lifting sunken objects for search and recovery, and using a reel line and compass for underwater navigation.

Safe diving protocols recommend a 24-hour interval between your last dive and your flight. This gave me a full day to explore the surrounding areas on land, including Beaufort and Atlantic Beach.

Beaufort was a charming town on the waterfront. I visited the local maritime museum to learn about the infamous pirate Blackbeard’s Queen Anne’s Revenge, which ran aground on the Outer Banks in 1718 during the “Golden Age of Piracy.” And with the coast’s reputation as the “Graveyard of the Atlantic,” it wasn’t the only one decorating the ocean floor — supposedly some 3,000 ships have been claimed due to dangerous shoals, underwater sandbars, and German U-boats.

According to U.S. history, the greatest concentration of attacks by German U-boats — short for unterseeboot, meaning submarine or undersea boat — took place on these Outer Banks. So many ships were attacked that the waters near Cape Hatteras earned the nickname “Torpedo Junction.”

Farther down south, Atlantic Beach sits on the Bogue Banks, a barrier island bordered by the Atlantic and Bogue Sound. Its beach spans all the way down to the Florida Keys. As a Seattleite, I’m not accustomed to seeing such beautiful, sandy beaches. I tend to associate beaches with sharp rocks and treacherous sea urchins waiting to prickle unsuspecting toes. After an afternoon spent on the sand, it was easy to daydream about what a life down there would be like.

I am so grateful to Weber Shandwick for giving me this amazing opportunity to push my limits with this beautiful sport. These experiences have given me greater confidence as a diver, and I look forward to many more diving adventures with these new certifications!

Check out more photos from the trip below: